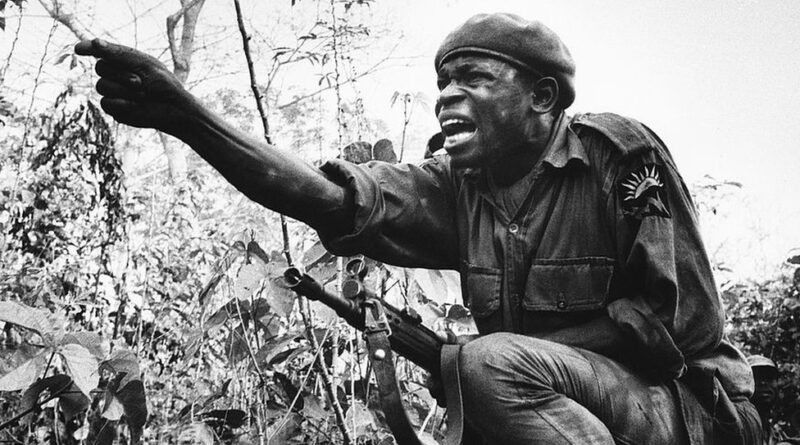 The Federal Government through the Pension Transition Arrangement Directorate (PTAD) has met with Biafran veterans under the Association of Retired War Affected Police Officers (ARWEPO), with a view to finding lasting solutions to difficulties experienced in the payment of their benefits, The Sun reports.

The Executive Secretary of PTAD, Dr. Chioma Ejikeme, who hosted an interactive session with the retirees in Enugu said that the meeting was an opportunity for the directorate to continue discussions with ARWAPO members on the way forward towards getting to mandatory requirements to ensure that benefits of all remaining pensioners are paid.

“Our Retired War affected Police Officers are a set of members of the Nigerian Police Force that took sides with the state of Biafra during the Nigeria Civil War and were dismissed from the Nigeria police in 1971. They were later pardoned and granted amnesty by President Olusegun Obasanjo on the 29th of May 2000

“PTAD is reviewing and computing all pending ARWAPO pensioners’ complaints with a view to payrolling them for monthly pension, payment of arrears and payment of benefit to next of kin of deceased pensioners.

On his part, the Chairman Senate committee on Establishment and Public Service, Mallam Ibrahim Shakarau, said the Senate was working to put in place necessary judicial framework to ensure that all challenges associated with pension fund administration are tackled.

“The first the business of the legislature is to make laws and make easy the process of pension services in Nigeria. This was done when the contributory pension law was made in 2004. It was reviewed in 2014 and right now we are working on another review.

“We have identified a couple of issues that needs to be revisited and reexamined. So my committee and my counterparts in the House of Assembly are reviewing those aspects of law that are probably overtaken by events or as a result of operations and execution of the law we’ve found some loopholes”.

“We are collaborating with all the the relevant agencies including PTAD, PenCom and the union as well. We are in dialogue with the office of the Minister of Finance, the office of the Secretary General of the Federation and all concerned to see what are the outstanding issues and how to solve them.

On his part, the President, Association of Retired War-Affected Police Officers, Chief Matthew Udeh, the problem some of his members are facing started when the Police Pension Department paid them their benefits as though they retired in 1970 rather than 2000 when they were retired after being granted amnesty.

“This has been corrected through the effort of PTAD due to the presentation we made. It is now being computed in line with the date of the amnesty. But the difficulty we are facing is that we are being asked to produce certain documents which are difficult to produce.