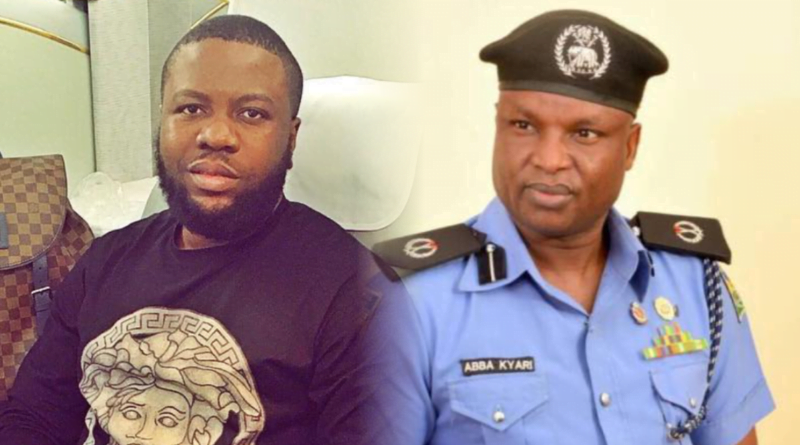 The three co-defendants, who were said to have had connections with Ramon Abbas, aka Hushpuppi, who brought Mr Kyari into the scheme, were arrested in New York and New Jersey.

Three persons named along with a popular Nigerian police officer, Abba Kyari, as co-accused in a $1.1 million transnational cyber-fraud, have been arrested, new court documents obtained by PREMIUM TIMES have revealed.

They are: Yusuf Adeyinka Anifowoshe (aka AJ or Alvin Johnson), Rukayat Motunraya Fashola (aka Morayo) and Bolatito Tawakalitu Agbabiaka (aka Bolamide).

Court documents showed that Mr Anifowoshe and Ms Fashola were arrested at their separate homes in New York, on July 22.

Another set of documents also showed that Ms Agbabiaka was arrested in New Jersey, and subsequently granted bail in the sum of $150,000.

The court had, in its order unveiling the indictment on July 26, issued a warrant for the arrest of the Nigerian-based Mr Kyari, who has, in a Facebook post, denied any wrongdoing regarding the matter.

PREMIUM TIMES reports how the U.S. government described Mr Kyari as a “high risk defendant” in giving reasons for asking for an arrest warrant against him.

The two other co-accused, whose status cannot be immediately ascertained by PREMIUM TIMES are: Abdulrahman Juma (aka Abdul and Rahman), and Kelly Chibuzo Vincent, who is believed to be based in Nigeria.

Ramon Abbas, a former Nigerian Instagram celebrity, better known as Hushpuppi, who is believed to have spearheaded the scheme along with Juma, Chibuzo and others, has been in custody since his arrest in June 2020.

Hushpuppi, who was arrested in Dubai, the United Arab Emirate (UAE), and repatriated to the U.S. to face trial, recently pleaded guilty to conspiracy to commit money laundering involving the proceeds of the fraud and other schemes that have been uncovered against him by the Federal Bureau of Investigation (FBI).

The offence attracts maximum imprisonment of 20 years with full restitution and other punishments, his plea agreement he entered into with the U.S. government stated.

On how Mr Anifowoshe and Ms Fashola were arrested, FBI special agent, Andrew Innocenti, recalled in an affidavit that the U.S. District Court of Central Carlifornia had issued warrants for their arrest on April 29, 2021.

He said the addresses of the duo were obtained “based on surveillance” before law enforcement agents visited their homes to execute the arrest warrant.

What appeared to be simultaneous operations were then carried out at their homes to effect the arrest warrants.

Mr Anifowoshe was promptly recognised “based on law enforcement agents’ comparison” to his known photo.

The special agent said further, “Law enforcement agents identified themselves to ANIFOWOSHE and asked for his name. ANIFOWOSHE confirmed that he was ANIFOWOSHE.

“Law enforcement agents obtained ANIFOWOSHE’s passport. The name and photograph of ANIFOWOSHE on the passport matched the ANIFOWOSHE for whose arrest warrant was issued on April 29, 2021 in the Central District of California based on law enforcement databases.

“The appearance of the individual who identified himself as ANIFOWOSHE matches the appearance known to law enforcement for ANIFOWOSHE wanted in the Central District of California.”

Law enforcement encountered Ms Fashola’s family members Mr Innocenti’s account indicates that he partook in the arrest of Ms Fashola at her home at 48 Irving Street, Valley Stream, New York, where she was residing with family members.

The agents were admitted into the house after family members confirmed that she was in.

They were then led upstairs where Ms Fashola was at the time. This was immediately followed by an identity confirmation procedure similar to the one carried out at Mr Anifowoshe’s residence was carried out.

“I recognised the female upstairs as FASHOLA, based on my comparison of the female to a known photo of FASHOLA.

The suspect, according to him, also confirmed her identity during a custodial interview.

“In a custodial interview, I asked FASHOLA for name and her date of birth and FASHOLA provided her name and date of birth, which matched the date of birth for the FASHOLA whose arrest warrant was issued on April 29, 2021, in the Central District of California,” he stated.

The special agent added, “Based on law enforcement records, I know this to be FASHOLA’s date of birth.”

He also said her appearance “matches the appearance known to law enforcement for the FASHOLA wanted in the Central District of California”.

Granted bail, to be taken to Carlifornia
Details of how the third defendant, Ms Agbabiaka, was arrested in New Jersey were not contained in the documents seen by PREMIUM TIMES.

But court records confirmed that she was granted bail by a magistrate judge, Jessica Allen, of U.S. District Court of New Jersey in Newark on July 22, 2021.

Mr Anifowoshe and Ms Fashola were similarly granted bail by Peggy Kuo, a magistrate judge of the Eastern District Court of New York in Brooklyn also on July 2021.

The government has however applied to the courts for an order for the defendants to “be removed to the Central District of California so that they may be dealt with according to law”.

Case against Kyari, others Mr Innocenti detailed how a Qatari businessperson was swindled of $1.1 million in a court document.

He said Hushpuppi, known for displaying his opulent lifestyle on Instagram, brought Mr Kyari into the scheme to arrange the arrest of a rival ringleader, Chibuzo.

Mr Innocenti said Mr Chibuzo, displeased with his cut of the proceeds of the crimes he was getting from Hushpuppi, had discouraged the victim businessperson from further making payments to other ringleaders, in his bid to hijack the scheme.

The FBI agent revealed that in line with Hushpuppi’s instruction, Mr Kyari, a Nigerian deputy commissioner of police, arrested and jailed Mr Chibuzo for about month.

Mr Kyari was said to have told ABBAS that he would not allow Mr Chibuzo’s girlfriend to pay money to get Mr Chibuzo out of custody as he would have done for a “normal arrest”.

The decorated Nigerian cop was said to have later provided a Zenith Bank account into which Hushpuppi paid some money for effecting Mr Chibuzo’s arrest.

After Mr Chibuzo’s arrest, the special agent said, “JUMA and ABBAS convinced the Victim Businessperson to make the payments of $299,983.58 described above.”

Mr Kyari has, however, denied any wrongdoing concerning the case.

He said he only responded to a ‘distress’ call from Hushpuppi, who claimed Mr Chibuzo wanted to kill his family members.

He said Mr Chibuzo was arrested by his team and later released.

According to him, it was found out that Mr Chibuzo had no such murderous plan as alleged by Hushpuppi, but that the duo only had disagreement concerning money.

He said no one demanded money from Hushpuppi in handling the case.

The Nigerian police authorities on Thursday said it had commenced a ‘review’ into the allegations against one of its prominent law enforcement officers. 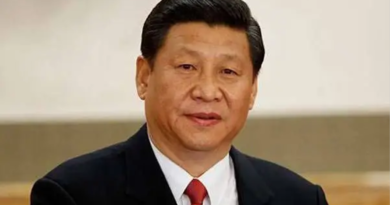 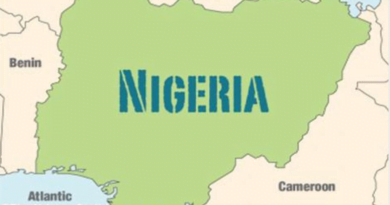