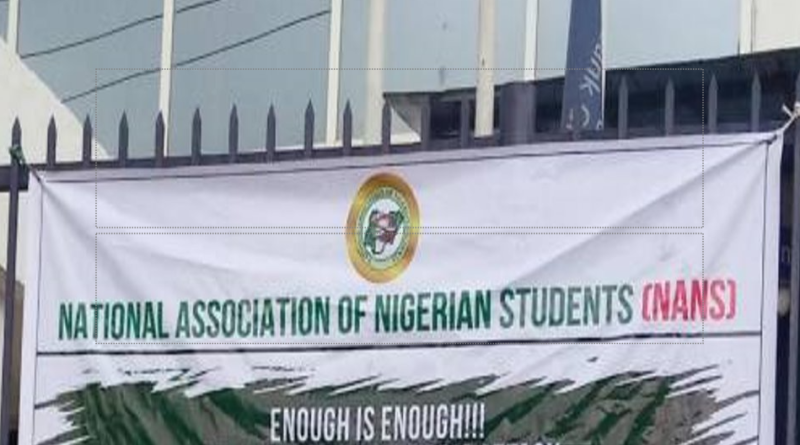 The leadership of Nigerian students has vowed to call out its members to occupy the country if Federal Govern­ment fails to take measures to tackle insecurity in the country.

The Senate President of the National Association of Nigerian Students (NANS), Comrade Chuks Innocent Okafor, said at a press con­ference in Awka on Tuesday. He said that his members would not sit and watch while the security situation in the country continued to deteri­orate and Nigerian students kidnapped on their campuses and slaughtered.

Okafor lamented that his members had expected, “Gov­ernment and leadership of Nigeria irrespective of po­litical party to commence immediate proactive and pragmatic actions towards tackling the ugly trend in order to restore confidence of students in campuses and salvage the deteriorating se­curity situation in Nigeria.”

He regretted that in the past few months, students “have witnessed deadly at­tacks and kidnapping of stu­dents across higher institu­tions in Nigeria and at least, not fewer than over 100 stu­dents have been kidnapped by bandits with a good num­ber of others still missing.

“The ugly development has disrupted academic cur­riculum, these raging attacks have far-reaching impacts on the psychosocial lives of the students.

“We believe that if not checked, at the moment, our country will suffer untold dif­ficulties.”

Since the government has failed to check the situation Okafor vowed that students would have no choice than to occupy government es­tablishments, ranging from expressways, airports, Na­tional Assembly and the likes to force government to pay attention.

He listed losses suffered by students to include 40 students of Greenfield Uni­versity, Kaduna, about five of whom have been killed; 29 students of National College of Forestry, Kaduna, and Federal University of Ag­riculture, Makurdi, Benue State.