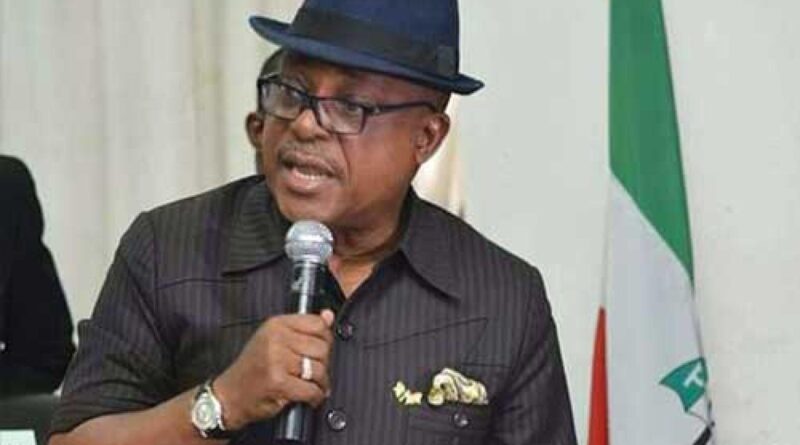 The People’s Democratic Party (PDP) has refuted report by the Guardian newspaper over an alleged plot to replace its chairman, Prince Uche Secondus, describes it as an unprofessional.

In a statement circulated online, the PDP described the said report as unprofessional, indecent and malicious.

“We read with consternation and unbelief the piece titled: “Southwest PDP Chairmen alleged plot to replace Secondus with George,”written by Mr Muyiwa Adeyemi, Head, Southwest Bureau of the Guardian Newspaper. The article, ab initio, is unprofessional, malicious, indecent, reeks of prejudicial hack writing which is capable of diminishing the long held image of The Guardian.

“The stark truth is that the article was total fabrication. The piece claims that Governor Seyi Makinde of Oyo state is scheming to displace Mr Uche Secondus and make Chief Bode George the Chairman of the People’s Democratic Party.

“This is utter nonsense and falsehood. It is libelous; an outrageous fable, a reckless assassination of character sponsored with the sole aim of tarnishing the hard- earned image of Governor Seyi Makinde and Chief Olabode George.

“The article discountenances morality. It is offensive, foul and noisome. It derides facts, scoffs at the truth, mangles reality to achieve some deviously hidden goal.

“We are shocked and disappointed that this kind of yellow-journalism can be smuggled into the once hallowed pages of The Guardian without proper gate-keeping and fact checks.

“It is even more disgusting to know that Mr Adeyemi who is based in Ibadan failed to cross check with the Governor’s office or Chief Bode George the nature of the meeting held at Agodi Government house, Ibadan on June 19th .What’s more a Communique was also issued and given to journalists about the theme of the meeting. The Governor had invited the Elders and Stakeholders of the party in the Southwest to reposition the party and reconcile and mend the broken places. Nothing more.

“How this selfless mission of the Governor somehow turns into some dark scheming to remove the party Chairman befuddles the imagination.

“We are aware and also in possession of evidence that Mr Adeyemi was used by a disgruntled former governor who took the same fiction to several newspapers but was rejected because they know the story is libelous .

“The basic principle of journalism is to balance a story, to investigate, to speak to all sides of the divide to avoid the stamp of bias and libelous litigation. Mr Adeyemi stands indicted for untidy, compromised journalism capable of reducing the esteem of the Guardian which I once worked for at the highest level when the gatekeepers were doing their job very well. Not so anymore.

“While we hold the management and the publisher of the Guardian in high esteem, it is befitting that a retraction and apology for this demeaning defamatory journalism is issued urgently,” the party further stated.