…calls on party to zone presidential ticket to Southeast

…says he is eminently qualified to govern Nigeria

The Chief Whip of the Senate, Senator Orji Uzor Kalu, has called on the All Progressives Congress (APC) National Working Committee (NWC) to reveal the zoning formula of the party ahead of the 2023 primary elections.

This was even as he revealed that he would only run for the office of the president if the party zones it to the Southeast.

The former Governor of Abia State, in a statement issued in Abuja, said the revelation has become extremely important as it will help to direct aspirants on the right path to follow and in accordance with the demands of the party.

Kalu, in the statement he personally signed on Sunday, noted that the pattern used in conducting the last party convention was commendable and should be emulated in future contests in the party.

Kalu said: “As the presidential primary election approaches, the issue of zoning is once again central and, as usual, contentious. The party is gearing towards making forms available for different elective positions and it is important that the party, as a matter of urgency, reveal her zoning plans for intending aspirants.

“The zoning of offices is very important as it will not only shown light on the path of contenders, but also save the party from unnecessary disagreements and litigations after primaries.

“My earlier calls and that of other political leaders, stakeholders, opinion moulders, amongst others for the need of sensitivity to the Southeast region that have been excluded from the presidency should be a concern to all well meaning Nigerians with conscience.

“The year 2023 is really a good time to tweak our democratic experiment and create everlasting history in such a way that shows sensitivity to the country’s cultural uniqueness and make all regions feel a sense of belonging. It is time to strengthen the unity of the country by making a Southeasterner president of Nigeria. There is absolutely no better time for it than now.

“In our country today, having built a formidable spread across regions, I consider myself the most de-tribalised Nigerian with rich experience in economy, business, politics, security and sports to lead the people and manage the economy. I shall be running for the office of the president if the party zones it to the Southeast.

“However, in the absence of the zoning to the Southeast, I understand the supremacy of the party and shall abide by the decision of the party.” The Senate Chief Whip said

On the unity of the country, Kalu encouraged Nigerians to do away with tribalism and all factors that prevent the achievement of national unity in Nigeria.

“Despite that Nigeria is facing serious challenges in the maintenance of security and national unity, we should understand that we are made to stay together as a society. I believe in the unity of this country because we are better as one.

“If the potentials of the citizens of the country are adequately harnessed, we will see more reasons to embrace each other and win together. We are therefore required to stand strong and forget all other factors such as tribalism, hatred among the other factors that prevent the achievement of national security and unity in Nigeria,” Kalu stated. 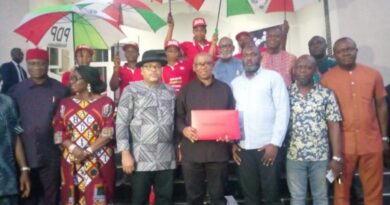 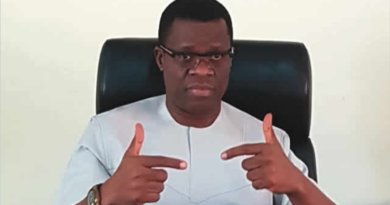 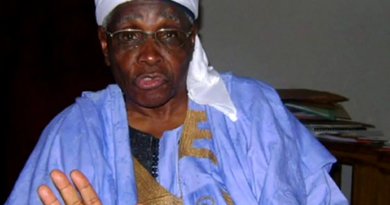